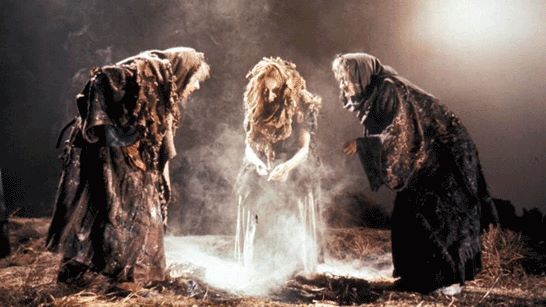 This piece of theatre was researched and written by Beryl-Anne and Dominic Whitehead at the request of Councillor Bill Hensley, Mayor of Huntindon, in order to raise funds for his charities in the Mayoral year 2014-15. The play was performed over two parts in the Town Hall. The first half was performed upstairs and was used to portray the events from September 1589 up until around March 1590, this was the beginning of events that would ultimately lead to the Samuel Family standing trial at Huntingdon Assizes in April of 1593.

The second half took place in the court room where Justice Edward Jenner (in some accounts Fenner) stood trial over the Samuel family. The Samuel family had no defence in the court room and while there was not particularly a lot of evidence of the witchcraft their fates were sealed by the jury, containing members of the Throckmorton family themselves. Our version, we hope, helped to somewhat redress the balance over 400 years later.

Clerk to the Court – Ray Livermore

Costumes designed and hand made by Margaret Gledhill and Lois Dale.

A common misconception about the trial is that it was the last witch to be hanged in Britain. This isn’t true and in reality the case is one of the first of the modern era and one that would be the start of what came to be known as Witchmania. Influencing trials at Pendle in Lancashire, the rise of Witchfinder General Matthew Hopkins who oversaw the execution of many women in Huntingdon and even crossing the Atlantic and being key to the most famous Witch Trials of them all in Salem, Massachusets. The similarities in the latter strikingly identical to those of Warboys, suggesting Abigail Williams, Betty Parris and the others were well aware of this story.

“the most strange and admirable discovery of the three Witches of Warboys, arraigned, convicted and executed at the last Assises of Huntingdon, for the bewitching of the five daughters of Robert Throckmorton, Esquire, and divers other persons with sundry Devlish and grievous torments; and also for the bewitching of Lady Cromwell, the like of which hath not been heard of in this age.”

It may be of interest to note that this pamphlet account was commissioned by none other than Mr Justice Edward Jenner and that all other attempts were suppressed. Mr Jenner, of course had a vested interest in a solitary version being published. He was Judge, Jury and, in all but action, executioner of the three witches.

Shortly after the trial, Elizabeth Throckmorton, mother of the children passed away and Sir Robert Throckmorton left the “town” of Warboys. The legacy of his family remains though. The witch logo on the school uniforms, the weather vane on the clock tower, Reverand Dorringtons name on the walls of the old church and the manor house, former home of the Throckmorton family, still standing on the site many years later.

A copy of the original manuscript can be found at this link (other versions available via Google) where you are able to see the original account published for the judge and with witness accounts from Gilbert Pickering, Sir Robert Throckmorton and others involved in this trial and chapter of British, and world history.

For further reading we advise The Witches of Warboys by Moira Tatem or The Witches of Warboys – An Extraordinary story of sorcery, sadism and Satanic possesion by Philip C Almond. Both books are full of information and details and at the time of the performance copies are available from Huntingdon Library, though if you’d like to purchase a copy there are enough outlets to investigate through!

One thought on “The Witches of Warboys”