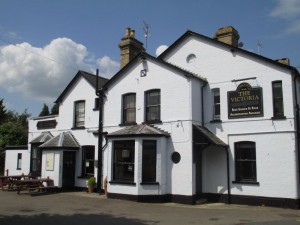 Every Summer we perform in the courtyard at The Victoria and 2013 was no different. This year saw us performing two improvisational pieces, including a first time director, and some members reciting poetry by punk poet John Cooper Clarke.

This improvisational piece was directed by Kieron Wallis, his first time directing, with assistance from a returning Ray Livermore.  It was a comedy piece set as a newsroom prepares to go live.  It was about a hapless intern (Tom Earley) and his plot to get revenge on newsreader and daughter of the network, Sara, (Iona-Donella Twinn) for her part in getting his brother the sack. Throughout the piece we see the descent into madness of the director (Tom Langley), the humiliation of the weatherman (Wallis, standing in at short notice for Megan Thorneycroft) and his broken heart after being rejected by the broadcasts co-presenter (Daniel Morris). As the broadcast goes live Sara receives some breaking news which may change things around here…. 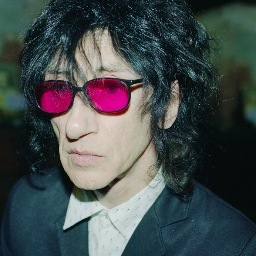 With direction from Dominic Whitehead, this saw Nicci Meyer and Dasho Atkins bridging the gaps between the other pieces by reciting poems by the punk poet as he becomes part of the national curriculum. The poems performed were Evidently Chickentown and Chips For Tea, which shortly after was used in a large advertising campaign by a well known producer of frozen foods!

The Girl That Everyone Knew

This was an improvised piece directed by Graeme Hammond. It was a story about a girl (played by Lucy Butterfield) coming to terms with her body image and the perception of the people around her from family to those she goes to school with in contrast to her own.