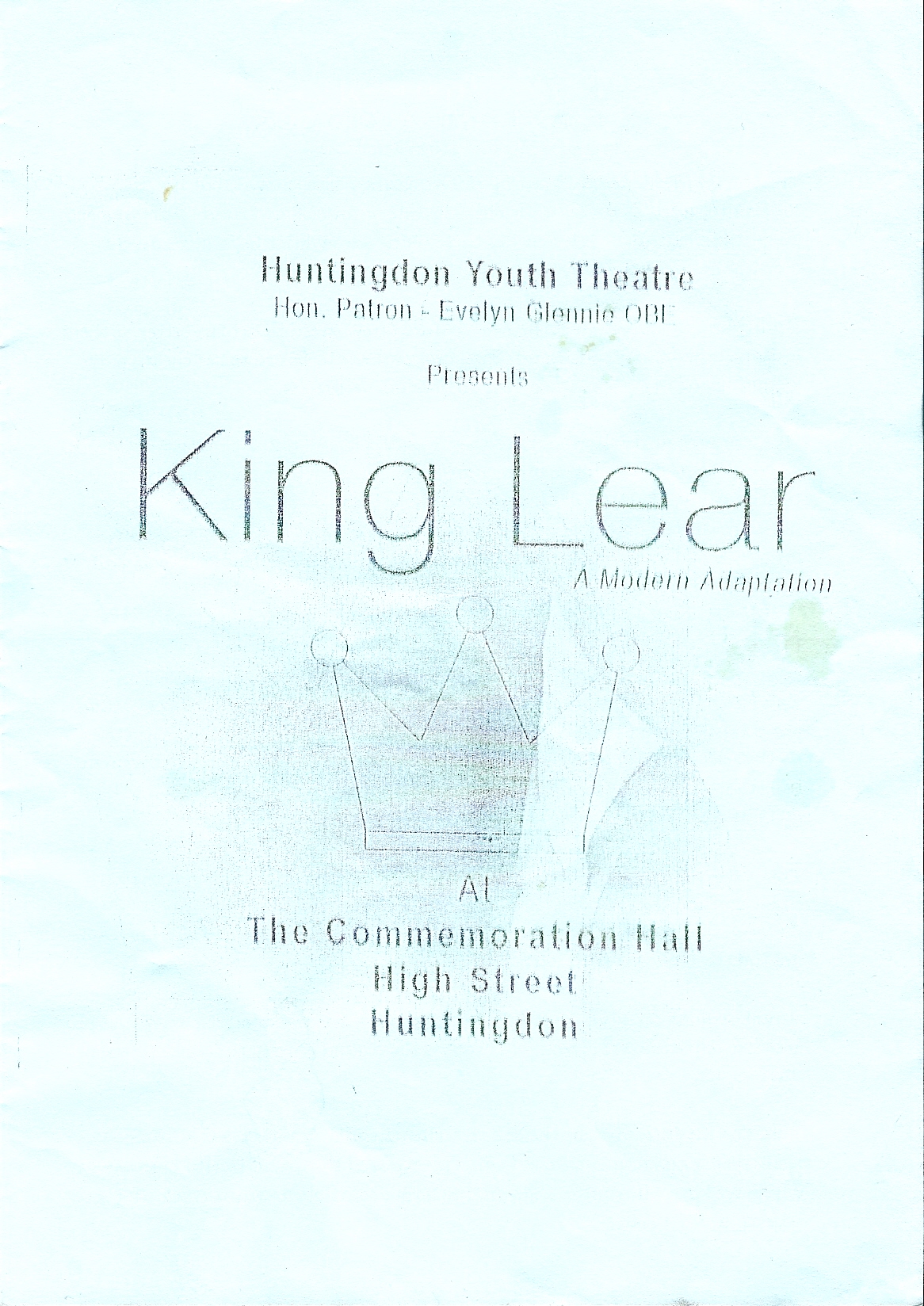 In the Summer of 2004 we returned to Shakespeare for a major production as Dom Whitehead put together a modern adaptation of the difficult tragedy King Lear.

This modern adaptation of Shakespeare’s classic tragedy of King Lear has proved quite a challenge for Huntingdon Youth Theatre. Placing the story in this era has enabled us to by-pass Shakespeares reticence to cast women in strong roles. The morals and standard of the story are as relevant today as then.

This very young and sometimes new cast have tackled the story with great passion and an open mind. Several of the cast are first time performers with HYT, who combine with members now in their seventh year with us.

A minimalist set gives the cast ample opportunity to exploit the stage area to create a roller coaster effect, with scenes dovetailed to keep the pace of action very high.

This demanding piece of theatre sees HYT push its young cast yet again into new and unexplored theatrical territory in a way which we hope will make Shakespeare both accessible and understandable in  a very modern context.